OTTO SITTERLY SCORES SECOND WIN OF 2021, THIS TIME AT JENNERSTOWN 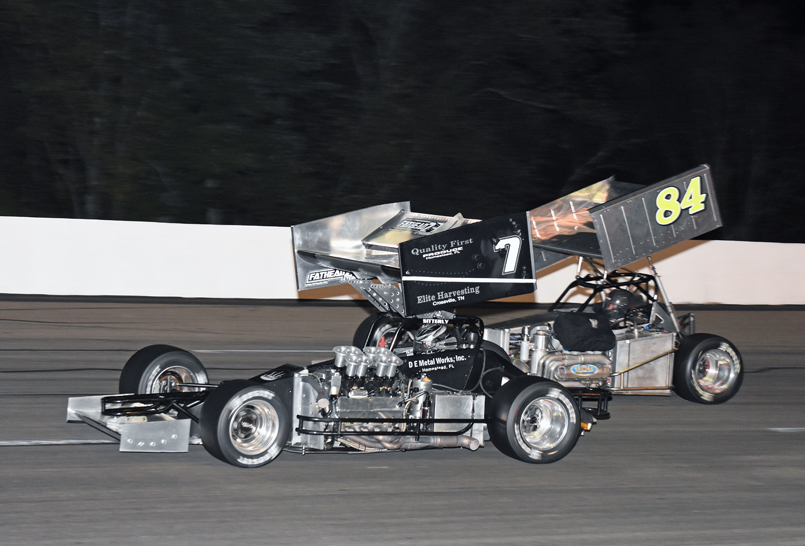 JENNERSTOWN, Pa. – Otto Sitterly of Canajoharie, NY has certainly made a mark in racing during his long career, especially at Oswego Speedway. His accomplishments include 5 Oswego Classic wins with a combined non-wing and winged total of 45 wins. Along the way he’s picked up 9 Oswego Track Championships. This season he’s decided to try out more ISMA winged shows to make his schedule a little more hectic. In early August he picked up a win at the Ollie Silva Memorial at Lee USA Speedway on Friday and was back running Oswego on Saturday. That was his sixth ISMA show in 2021. The win put him at the top of the ISMA points for his efforts.

Otto commented as the team was loading up the car that it was “Tightening up at the end. It was good, three quarters of the race though. It was nice to be out front. I knew that Mike Lichty was coming up but I didn’t see him when he tried to come by and brushed the wall. I’ll apologize later (which he did and it was obvious that there was no problems there). Otto was obviously pleased with his run which would add points to a possible ISMA championship. He ended by “thanking all my crew, Jimmy D, and his girlfriend Karen for coming and of course, to long time car owner John Nicotra, who makes it all possible.”

Otto fully intends on being at the Bob Webber Sr Memorial Classic this coming weekend at Star Speedway.

Second place runner Seitz indicated that he had had a good run although was a tick off. He too wanted to thank his crew and sponsors and to car owner Howie Lane.

Kyle Edwards brought the 11E into third place, but said “the car was way too free in the last laps. It started coming back to us but by then Otto and Ben had us. I’d like to thank my dad for all he does and to my sponsors and supporters.”

Saturday at Jennerstown Speedway, Sitterly awed a good number of fans in the stands by taking the top time trial, winning his heat and then dominating the 50 lap feature. While the ISMA field of cars was a shorter than usual due to the previous weekend’s races, the cars on hand were top notch at least three previous ISMA champions in the group.

Ben Seitz took up the lead at the drop of the green, trailed by Danny Connors Jr in the 01. But several laps later Sitterly put his black 7 past Seitz, who stayed near Sitterly waiting for a chance to get back by. Seitz’ teammate Timmy Jedrzejek, unfortunately, pulled pitside with a motor failure in that early going or he too would have been in the thick of the battle.

Sitterly and Seitz held the upper hand for the top 15 laps while Connors, Johnny Benson Jr., Dave Danzer, and six-time Jennerstown winner Chris Perley were all in the fray. 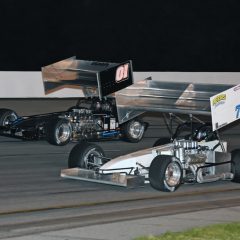 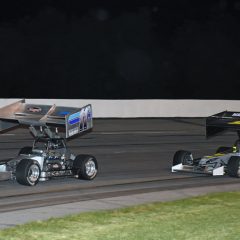 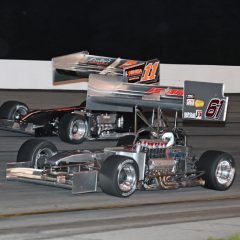 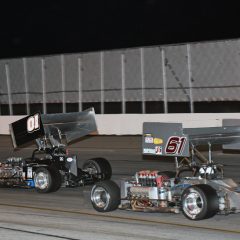 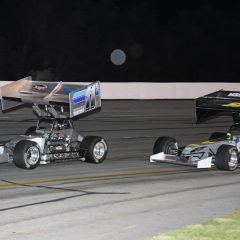 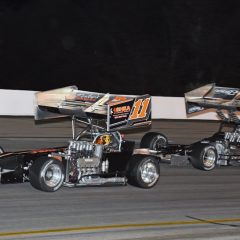 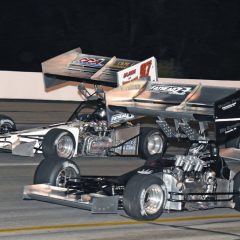 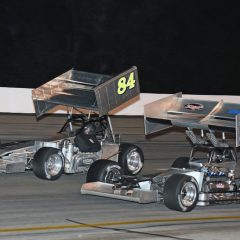 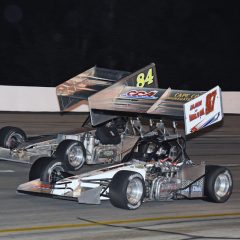 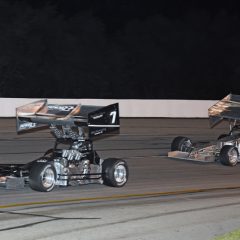 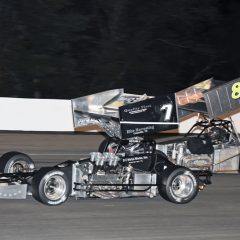 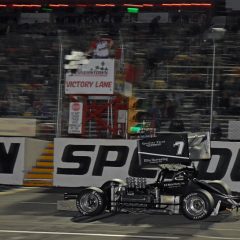 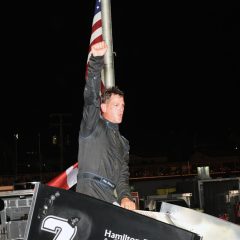 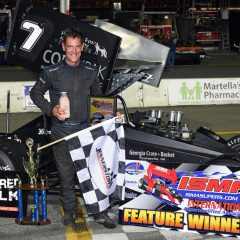 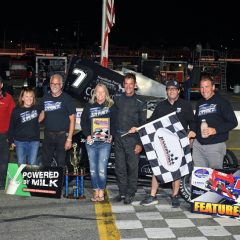 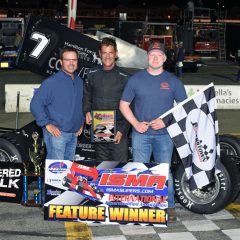 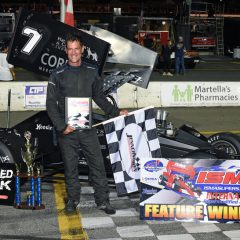 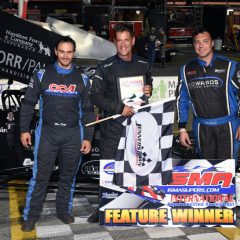 Only one slowdown of the race came on lap 23 when first Mike Ordway Jr. and then Dave Danzer had to pull out of the race.

At halfway it was Sitterly, Seitz, Edwards, Lichty, Benson and Perley still in race mode, much to the delight of the crowd. Dan Connors Jr had made a quick stop and was back out to join the battle.

With less than 20 to go 2019 ISMA champion Mike Lichty was moving up fast to challenge the 7 of Sitterly, but a close call with the wall coming off turn four, thwarted his attempt to challenge for the win.

For the remainder of the race Sitterly rode alone out front but Seitz and Edwards had not given up and continued moving closer but time ran out. A lap car in the waning laps gave Otto the winning cushion, while Seitz brought the Lane Racing 97 in second and Tennessee’s Kyle Edwards stood on the podium with Otto and Ben.