MARNE, Mich. — Mike Ordway Jr. started his amazing run at Oswego Speedway on July 9 by setting a new track record. He capped off that night with a career first win at the famed oval. It was something he had been looking forward to doing for a long time aboard the Clyde Booth 61, a car his father Mike Sr. had been so successful in. For Ordway it was an accomplishment he coveted.

The Booth team next traveled to Berlin Raceway the following week to participate in the MSS/ISMA combined two day event that brought supermodifieds back to Michigan for the first time since 2012. On Friday night during qualifying for the feature, Ordway proceeded to set a new track record at that oval.

But the luck didn’t hold for the feature. Mike and the Booth team experienced some problems with the 61 putting them 16th in the race finish.

It was on to the next day that Ordway won the 60 lapper but he also set a new track record, breaking his own record set the night before. To top it off, he went on to win the feature, making for a memorable three new track records set and two feature wins. And finally he completed one more wish — to win for the Booth team who had won there in 2010 with Ted Christopher driving the 61. Mike wished to dedicate his win to the late driver.

Mike commented on his win in victory lane on Saturday: “The guys gave me a great car.… Clyde made all the right calls all weekend. I just can’t thank everybody and Booth Racing Components, and JRI Shocks. Performance Engines by Billy the Kid Mathes has come on board with us this year and the engines have been unreal. Clyde and Doc have really got the car dialed in. I can’t thank them enough. Ronnie Graves, my parents, Clyde, Susan, Doc, Bobby Bouchard, Ryan and Kalie, my wife for letting me continue to do this, Berlin Speedway, Flo Racing, just everybody that allows us to keep coming out here and keep racing cars. And, now we’ll go to Sandusky for the HyMiler. I’d also like to dedicate this win to Teddy Christopher who was a good friend. He won here with Clyde in 2010 in the same car. “I am proud to be able to do it in his honor.”

Saturday’s 60 lap feature was led to the green by Mark Sammut, trailed by Moe Lilje, Mike McVetta, Johnny Benson, Kyle Edwards and Trent Stephens in the first three rows trailed by the rest of the 15 car field.

But a yellow flag slowed the action on the start, when the 55 of Rich Reid and 92 Larry Lehnert tangled in turn 1, both out of the action. On the restart of the race Moe Lilje grabbed the early lead with Johnny Benson, Trent Stephens, Kyle Edwards and Mike McVetta the next in line.

On lap 4 Johnny Benson’s 74 brought out the next yellow, as something broke on the car and he ended in between turns one and two. His car had to be double-hooked out of the action. During the process, red flew and refueling was allowed as the field sat on the front straight.

The race got started with Lilje out front but soon chased down by Trent Stephens in the 19. A quick few laps later, the 61 of Ordway Jr was on Trent’s tail with Edwards, McVetta, Otto Sitterly and Mike Lichty chasing the leaders.

At the lap 20 lap, Ordway was flying away from the Stephens who was trailed by Friday night’s winner Kyle Edwards to make up the top 3 out front.

Soon thereafter, Ordway was starting to lap the field, while the 88 of AJ Lesiecki slowed and pitted out of the action while McVetta, Sitterly and Lichty were waging a battle, behind the top 3.

The rapid pace of the race found McVetta holding off Sitterly with Lichty right behind, as the checkered flag flew for the trio of Ordway, Stephens and Edwards out front.

Second place finisher Trent Stephens said in victory lane: “We didn’t think we’d do this great.” We keep grinding at it. The car was a whole lot better today than before. We just don’t give up. We keep going. We’ve had 3 seconds this year and that’s a lot but we just are concentrating on a big first one.”

Edwards, who had won the Friday night 40 lapper, commented on his third place run on Saturday. “The car was too free from the start. And the 61 was definitely the class of the field. Congratulations to Mike and the Booth team. And, now we’ll go to work on our car for Sandusky.” 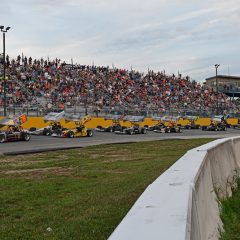 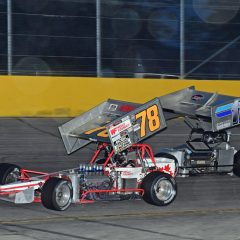 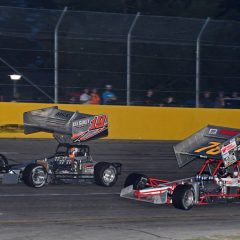 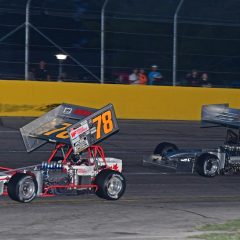 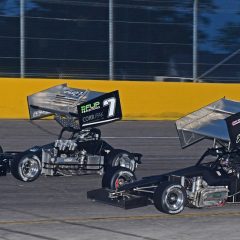 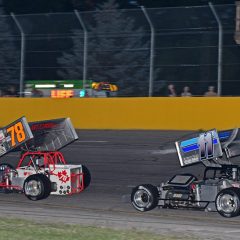 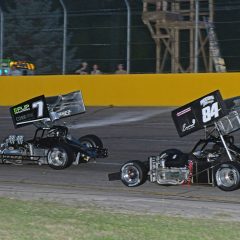 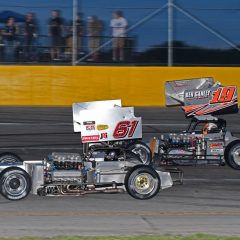 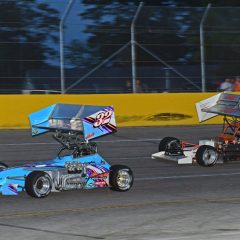 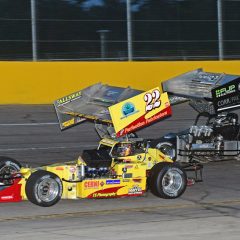 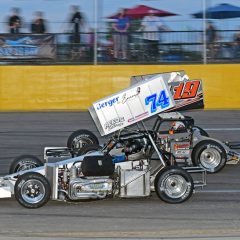 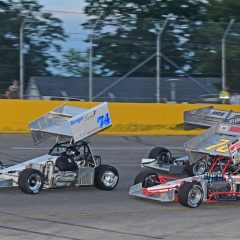 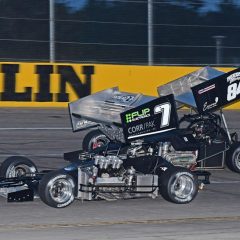 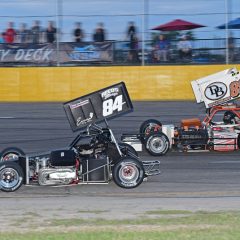 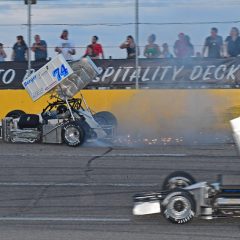 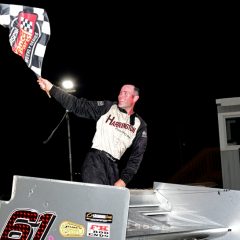 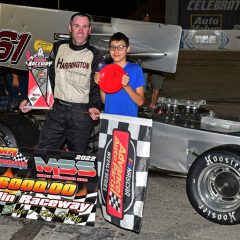 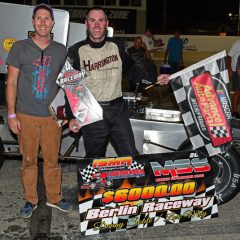 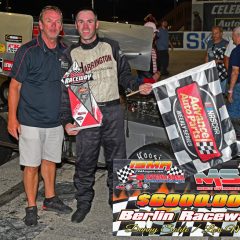 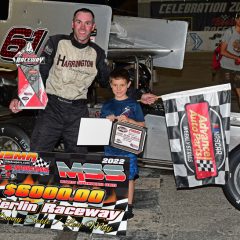 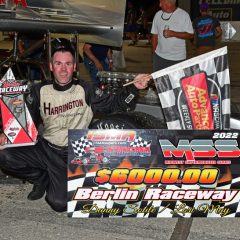 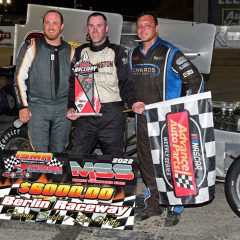 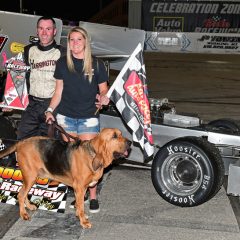 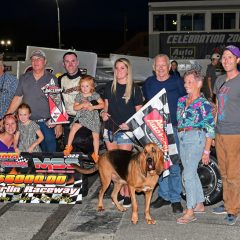 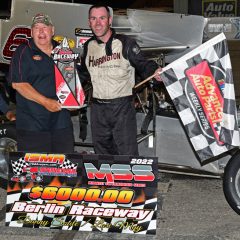 Fast Time Qualifier each night, $1000 and an extra $250 to break track Record

A big Thank You to all sponsors for supporting this 2-day MSS and ISMA co-sanctioned event a successful show!