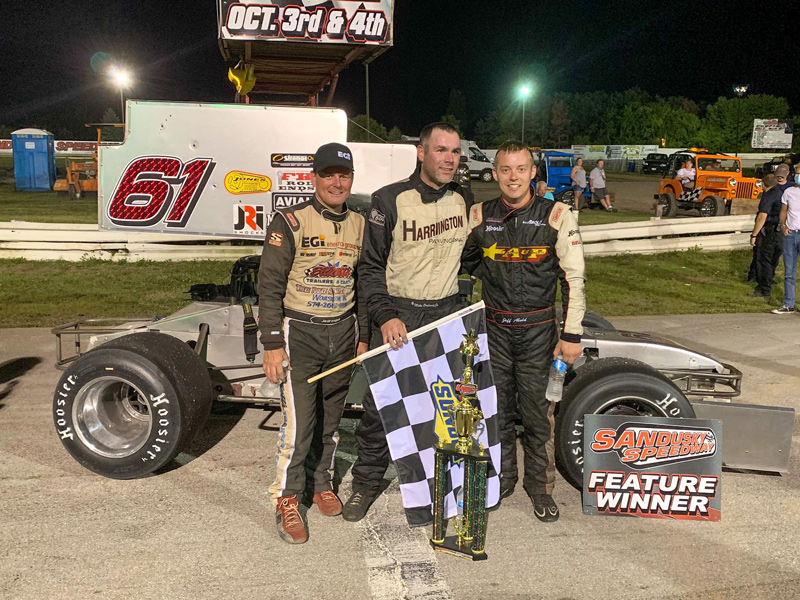 Ordway’s dominating performance actually began about an hour prior to the drop of the green flag, when he drew the pole in the random draw of handicapped drivers based on the evening’s heat races. Ordway, a New Hampshire native now residing in Maine, jumped out to the lead in front of Mike McVetta on lap one and would dominate from there, lapping all but the top-five finishers and never leaving a doubt that he was in charge of the 100-lapper. Ordway’s win marked his second in the famed Ohio race; he also won the Hy-Miler in Booth’s 61 in 2018.

Oswego Speedway regular Jeff Abold strapped the top wing on his family-owned No. 05 and had an impressive run, finishing second. Tim Jedrzejek placed the Howie Lane No. 97 on the podium both nights of the Nationals. After a second-place finish in Friday’s Fast 40, Timmy J finished third in the 100. Smoke Johnson and Rich Reid completed the top five of 17 starters.

Due to the difficulties placed on teams because of the COVID-19 pandemic, the 2020 Hy-Miler Nationals was a non-sanctioned event promoted by Sandusky Speedway. Sandusky, ISMA and Midwest Supermodified Series (MSS) officials successfully grouped together to hold the event. ISMA points were not awarded.