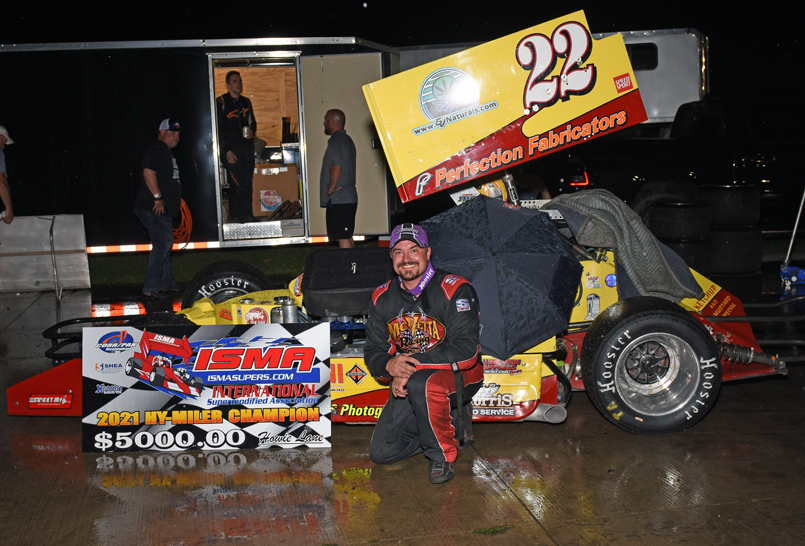 SANDUSKY, Ohio – LaGrange, Ohio’s Mike McVetta ran a USAC Silver Crown at Winchester Speedway’s Rich Vogler Memorial on Thursday night prior to the Sandusky weekend, and skipped participating in the Fast 40 on Friday night. On Saturday, however, the 22 was ready to race. He would start 4th in the feature lineup which was set from Time Trials, after heat races were cancelled due to ominous weather.

In the lineup McVetta had Trent Stephens next to him and 4-time Hy-Miler winner Chris Perley and Johnny Benson Jr. in the front row ahead. But with the pending rain nearing, Mike wasted no time at getting past Chris Perley taking the lead after a quick yellow. Mike never looked back at this point and stayed out front until the race was ended on lap 73 with the storm taking over. Attrition was high in the event with a number of cars having pitted with various problems.

The new winner had been to Sandusky Speedway before Saturday but he had never won a supermodified feature there. He’d had wins in sprint cars, but not supers. Mike talked about how he felt about his first Hy-Miler victory.

“I’ve had wins here before in a sprint car but I finally was able to put it together for the supermodified win. This is unbelievable. I’m just still taking it all in and trying to believe it quite honestly.”

Mike replayed the race Sunday morning. “Perley was out front right away but I think I got him on a lap 5 restart in turn one. Basically I never looked back after that.”

Was the possibility of rain a factor? “I just wanted to get out front. I’d rather be the rabbit, not the guy chasing one. I just wanted to get out there and be able to set the pace. When it started sprinkling I saw Perley slide off the track but he was able to get back on. I didn’t really feel any pressure until on that last restart when I realized Abold and Lichty were close.”

McVetta, who works at the NASA Glenn Research Center, has been racing for 27 years overall with 9 of them with the supers. His 22 cars are homebuilt with the help of his dad Roger, Doug Saunier and Ray Yurko and Kevin Eichelberger. His mom Cindy, wife Gina, daughter Stella and son Patrick are all part of the family race endeavor. And all will be with Mike in Oswego for the Jack Murphy Memorial ISMA / MSS King of Wings X event this next Saturday. While his last two visits there have not produced a finish, Mike is hopeful that this time will be better if he can carry over the momentum from his Sandusky win.

Notes: 21 cars started the 44th Hy-Miler 100, but there was a forboding weather report so action started swiftly with Perley taking the early lead but McVetta took over at the first opportunity as he mentioned.

The race was on to beat the rain. 11 cars were on the track when the rain finally won, with attrition taking out Ben Seitz, Moe Lilje, Timmy Jedrzejek, Trent Stephens, Johnny Benson Jr., 2020 Hy-Miler winner Mike Ordway Jr. and Johnny Payne.

Heated action had ensued on the track however during the 73 laps that had ran with Jeff Abold, Otto Sitterly, Perley, Kyle Edwards, Dave Shullick Jr, Tyler Thompson, Jim Paller, Aric Iosue, and AJ Lesiecki all looking for the prestigious win. Ultimately, Ryan Locke would be the last car running, 6 laps down, not bad for the young rookie driver as he had to pit under green for a flat tire but was able to come back out. 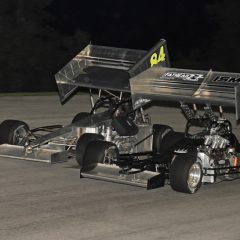 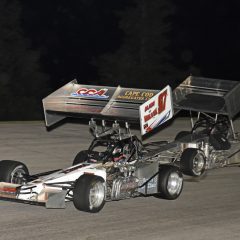 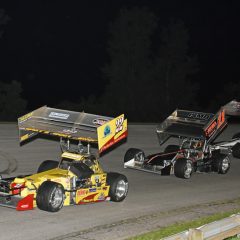 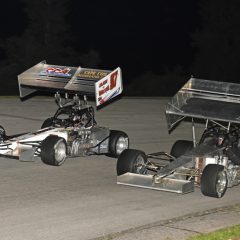 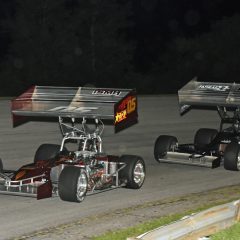 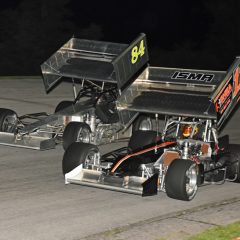 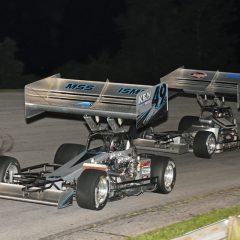 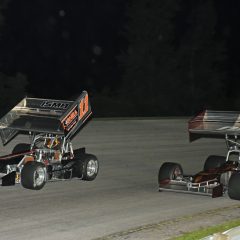 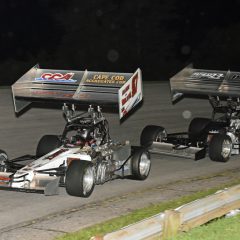 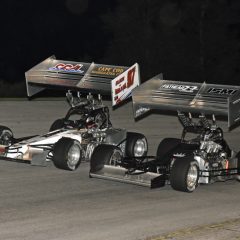 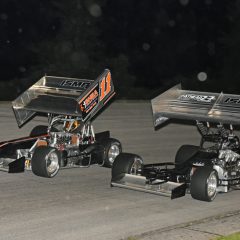 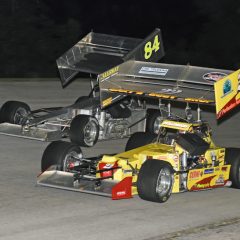 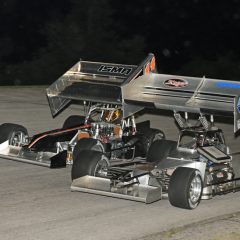 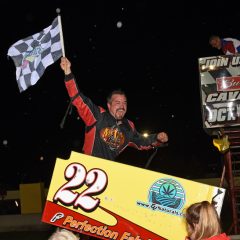 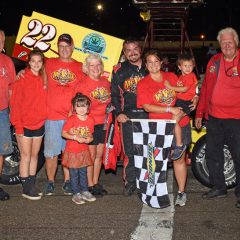 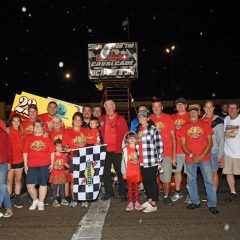 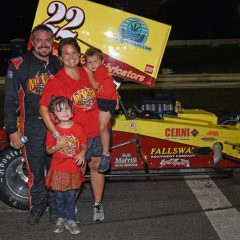 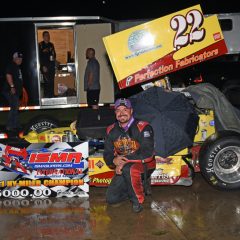