JON MCKENNEDY PICKS UP WHERE HE LEFT OFF IN 2020, WINS ISMA OPENER AT SEEKONK OVER BEN SEITZ 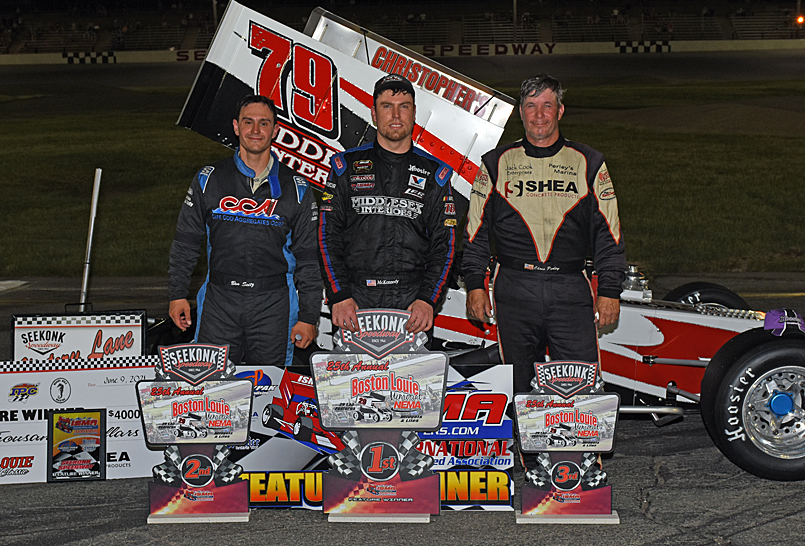 Seekonk, Mass. – ISMA only was able to hold three races late in 2020. All three were won by Jon McKennedy. Wednesday night Jon McKennedy picked up where he left off in last season by dominating the Seekonk ISMA 100, part of the famed Boston Louie Memorial event.

Chris Perley and Bobby Santos sat on the front row for the Seekonk 100 lapper Wednesday night with Perley taking the point trailed by Santos, Anthony Nocella, Mike Ordway Jr. and Dan Bowes. The non-point 100 lapper moved fast and furious at the drop of the green.

Lap 12 found the Booth 61 of Ordway bringing out one of the few cautions of the night. The 61 was out for the night unfortunately.

Back underway by lap 21, Perley had Seitz, McKennedy and Santos looking  to get by him for the lead.  The front trio put on a battle ticking off 11.3 second laps  on the 3rd mile oval as Anthony Nocella and Otto Sitterly trailed in the top five.

The front runners were soon headed for lap traffic as Perley and Seitz had the 79 of McKennedy eyeing the front spot. And on lap 45, Jonathan took the lead, pocketing the lap 50 halfway bonus on his way by.

Ben Seitz moved the Lane 97 by Perley soon thereafter.  With 40 to go McKennedy appeared to be in his own speed zone as Seitz, Perley, Otto Sitterly and Santos held the top five as the race flew by.

30 laps remained as McKennedy, Seitz, Perley and Sitterly were the only cars in the lead lap. 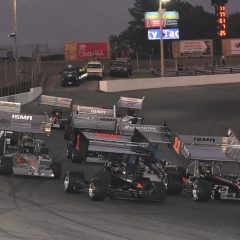 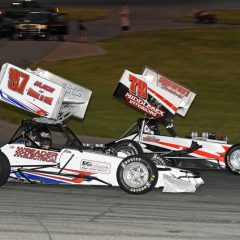 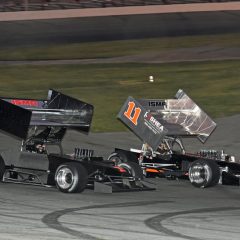 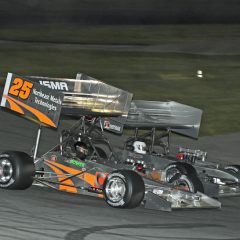 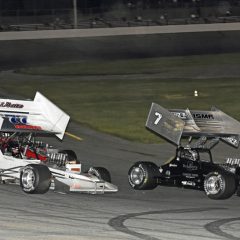 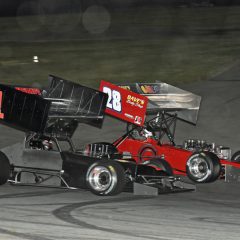 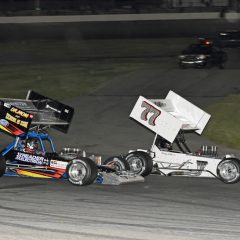 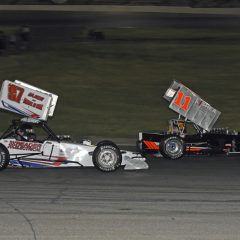 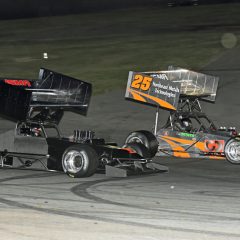 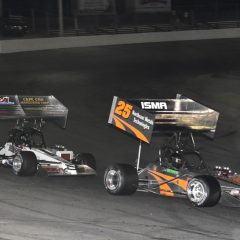 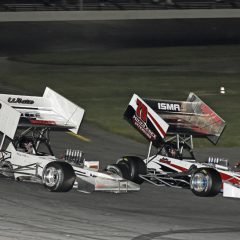 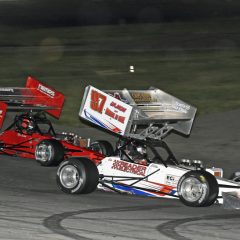 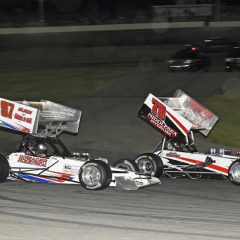 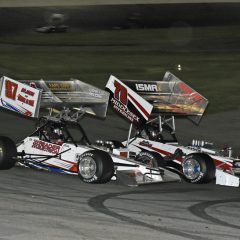 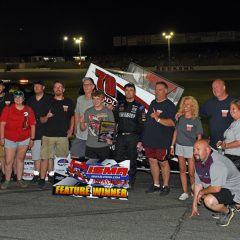 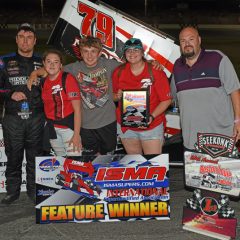 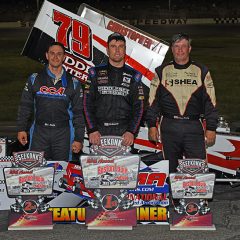 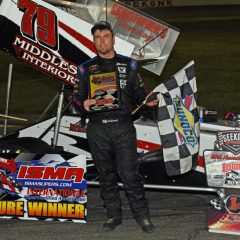 A final caution flew with less than 10 to go and it gave Seitz one last chance at the high-flying McKennedy and Seitz grabbed the chance. For a couple laps, Seitz got along side the 79 and he and McKennedy would put on a show for a last battle for the win.

With three laps to go, McKennedy charged back ahead of Seitz as Perley finished in third. Sitterly and Dan Bowes finished up the top five. The race took just 32.17.898 seconds to finish.

As the NEMA midgets started to assemble for their last event. A quick interview in victory lane with top three ensued. McKennedy indicated his car was good, especially in the long runs and in the heat. He acknowledged his thanks to his crew and sponsors, including Middlesex Interiors which had helped with some of the bonus awards.

Ben Seitz said he was pleased with his 97 car as it was the first time out with the setup. He also thanked the crew and car owner Lane Racing. Seitz, a talented midget driver, went on to 6th place in the Boston Louie Memorial.

Chris Perley, who had three past wins at the Seekonk Speedway going into the night, admitted that he didn’t have anything for the top two guys. He was happy with third and said he still enjoyed racing at the Seekonk oval, which was one of his favorites.