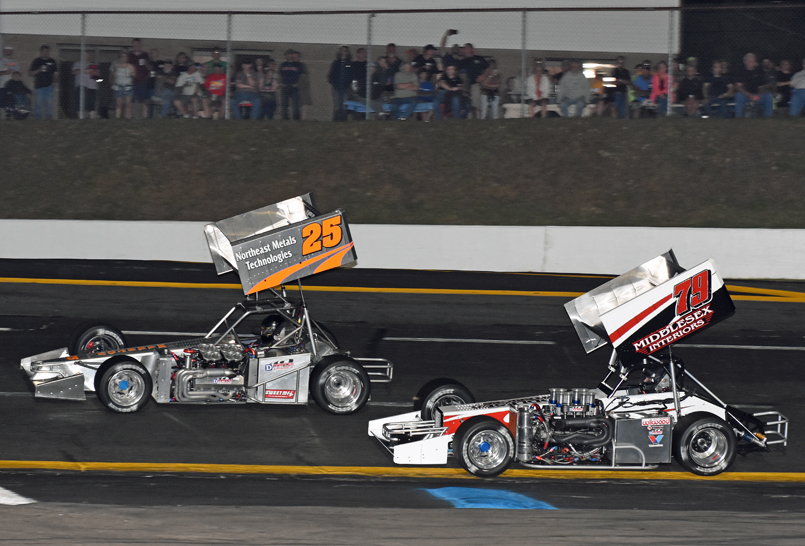 WINCHESTER, N.H. – Jon McKennedy started the All State Materials Group ISMA 75 lapper at Monadnock Speedway in the sixth spot and didn’t waste too much time getting to the front to claim his second ISMA race of the year after winning the June 9 non-point show at Seekonk.

An exit from the fray on lap 17 was the 11 of Chris Perley who had started 4th in the field, eliminating a possible challenge to the 79.

McKennedy, who claimed the only three races ISMA was able to run in late 2020, proved once again he was the man to beat.

Relative newcomer Anthony Nocella, in the 9 once again showed his ability to wheel a supermodified, chased his teammate Ben Seitz in the Lane Racing 97, until past the midway mark when Seitz fell off the pace. Vickory, Ohio’s Moe Lilje, in the Soule 32 took up the third place spot trailed by Mike Ordway Jr., and former ISMA champ Kyle Edwards in the top 5.

With 25 to go in the 75 lap event, McKennedy was in command out front with Nocella, Lilje, Ordway, Edwards and Otto Sitterly, running top 6, the only cars in the lead lap. A good battle was waged between Dan Bowes and Ryan Locke with Eric Lewis and and Ben Seitz finishing out the top ten. Russ Wood Sr., Ken White and Chris Perley were all in the pits by race end due to mechanical or other problems. 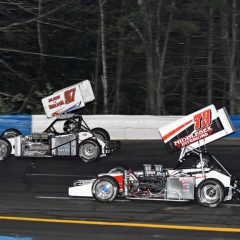 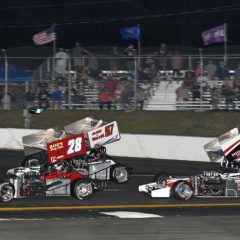 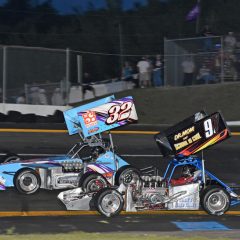 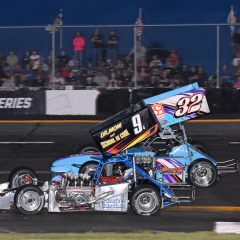 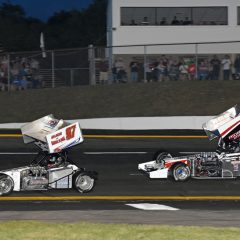 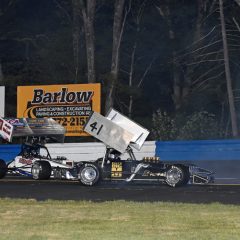 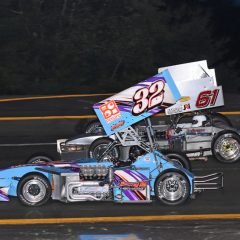 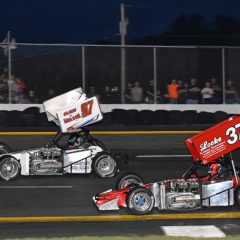 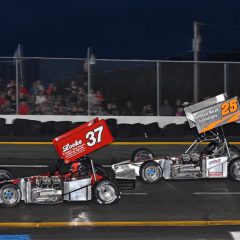 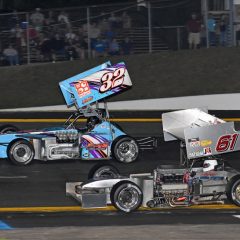 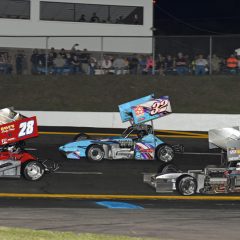 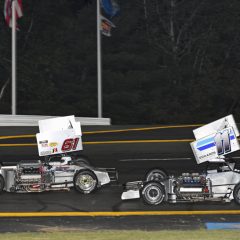 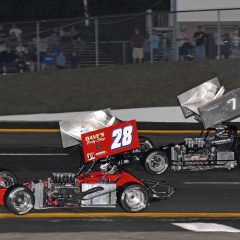 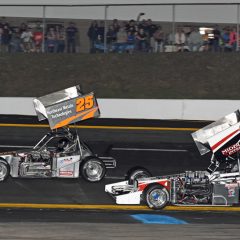 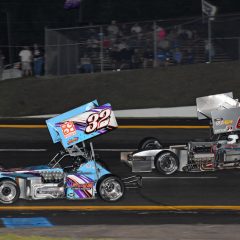 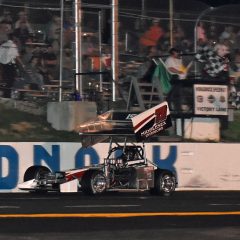 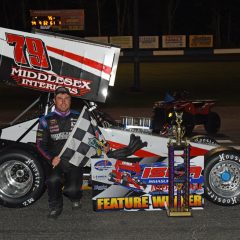 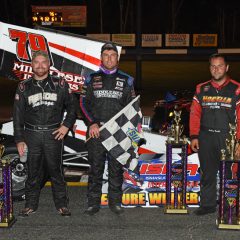