Verona, NY – The Turning Stone Casino in Verona, NY was once again the site of the International SuperModified Association’s season-ending awards Banquet. Many awards were handed out to the 2017 owner and driver champions, the top point getters for the season, and the Triple Crown Series winners. In addition the special awards as voted on by the membership, were presented. 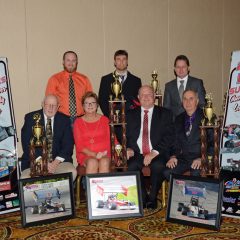 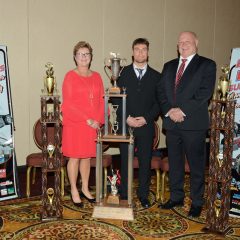 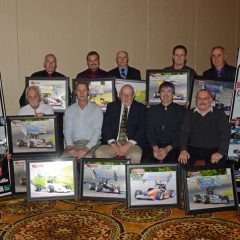 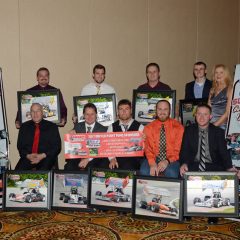 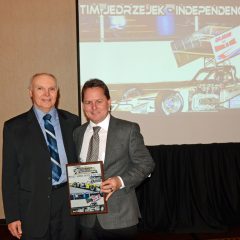 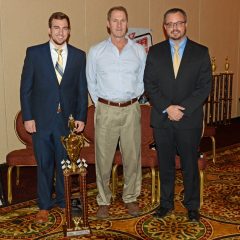 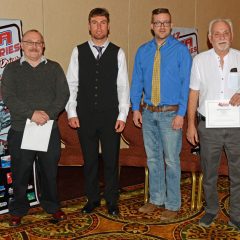 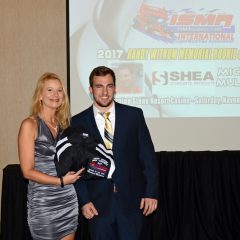 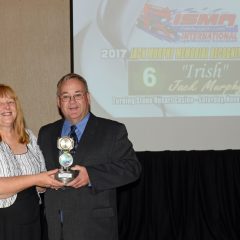 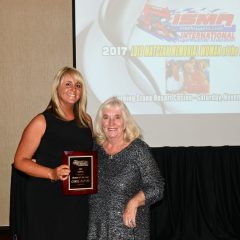 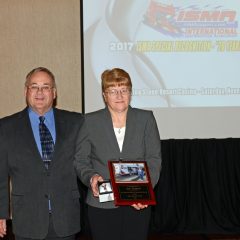 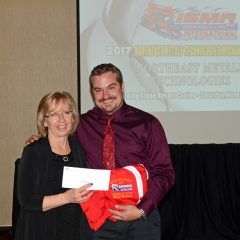 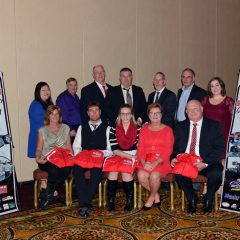 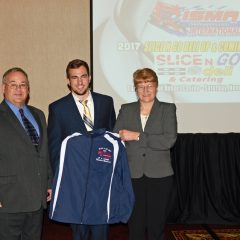 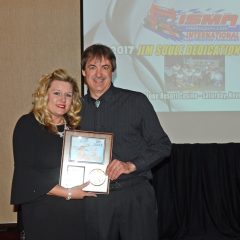 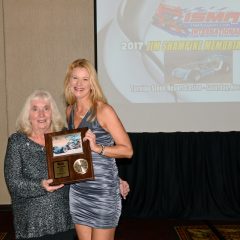 McKennedy also spoke briefly thanking his team, sponsors and car owners for giving him the opportunity to win the championship.

Dan Kapuscinski, announced the winners in the Shea Triple Crown Series by ASI, with Michael Muldoon taking checks in two areas for a total of $10,000. Also receiving monies from the 10-race series’ winged and non-winged supermodified competition were Dave Shullick Jr., Tim Jedrzejek, Jeff Abold, Otto Sitterly, Gary Morton, Joe Gosek and Tim Snyder. Kapuscinski, who founded and promoted the series, indicated that approximately $27,000 was handed out to the winners in the various divisions.

The Randy Witkum Memorial Rookie of the Year award sponsored by Shea Concrete, went to Michael Muldoon who was presented a $500 check and Jacket.

Northeast Metals Technologies sponsored the Mechanic of the Year award which went to Mike McVetta who received a jacket and a check for $525.

The ISMA Crew of the Year honors went to the P&L Motorsports 21 championship team. Each crew member were presented a jacket indicating the honor.

The Slice n Go Deli Up and Comer award was given to Michael Muldoon for his accomplishments in his first full ISMA year. He picked up a jacket and $200 for this honor.

The ISMA Woman of the Year plaque was presented to Carol D. Haynes for her contributions to the organization.

The Jim Soule Memorial Dedication plaque was awarded to Steve Stout owner of Stout Racing 19 and 49.

And last but not least, the coveted Jim Shampine Memorial award was presented to Kathy Harrington for her work and dedication to help make ISMA grow as co-founder Shampine had done.

The voting results for 2018 ISMA officers and Board Members were announced with Richard “Doc” Hathaway assuming the role of ISMA president. Ohio’s Doug Saunier won the vice president spot with Vic Miller, Mark Sammut and Clyde Booth elected to the three expiring Board terms.

At the general meeting a tentative 2018 schedule was released with two new venues, Monadnock Speedway (NH) and the recently reopened former Cayuga Speedway, now renamed Jukasa Speedway in Nelles Corners, Ont. Monadnock will host the season opener on May 19. June 1 and 2 lists Delaware (tentative) and Lancaster. Jukasa is slated for July 14, followed by the traditional 2-day Sandusky Hy-Miler weekend on the 27th and 28th. August 10 and 11 finds the group at Lee USA and New London Speedbowl and the 18th a second Delaware trip. September 1 the Oswego SuperNationals is on tap followed by the Star Classic on the 8th. Rounding out the schedule is the Thompson World Series. October 13-14. There are possible additions to complete the season coming in the near future.

Outgoing president Howie Lane, who had served 13 years as President gave some outgoing words of thanks and praise for those he had worked with over his duration.

The banquet concluded with dance music by Mystic Music.