CANAJOHARIE, N.Y. — Everyone will agree that the past few race seasons have incurred many changes especially to year end traditions. New ISMA president Dan Soule realized the awards usually presented a banquet that was not feasible in the turmoil of the time. So Dan came up with an idea to present the 2021 ISMA champions with the trophies and paraphernalia that go with the honors. He got together with the Otto Sitterly-John Nicotra winning teams to suggest a venue where the presentations could be made and the #7 garage proved to be ideal location.

Saturday, March 26, the ceremony took place in Sitterly’s garage in Canajoharie with a backdrop of the supermodified frame being worked on for the upcoming season. The walls throughout were covered by race banners and checks earned by Sitterly over the many years at Oswego Speedway and as a regular on the winged ISMA nine race season in 2021. The awards given out were voted on by ISMA membership at the end of last season and were ready to be given out.

Doug Elkins, of Elkins Video Productions was on hand to record the awards handed out with the interviews of each winner on hand. ISMA photographer Jim Feeney was present to do the still shots. 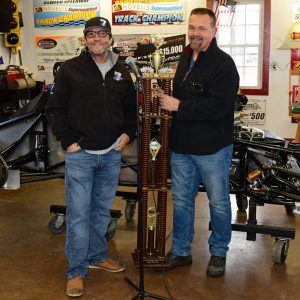 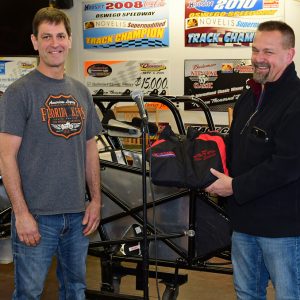 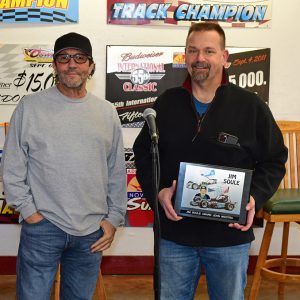 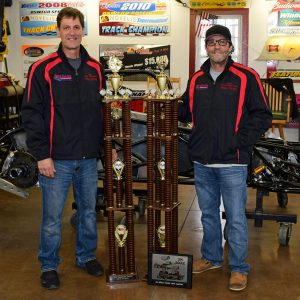 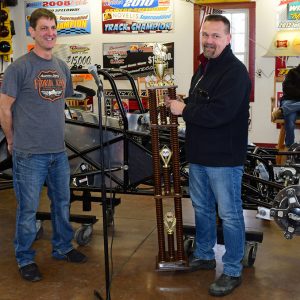 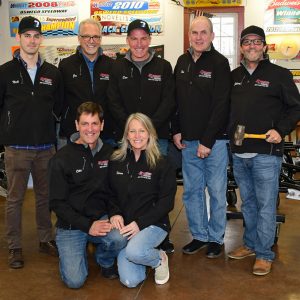 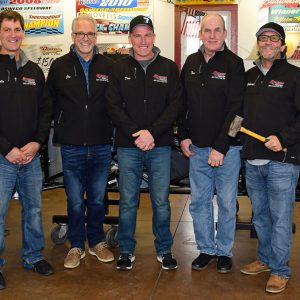 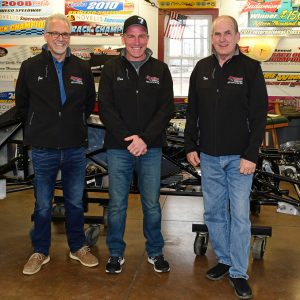 Trophy presentations included Car Owner of the Year (John Nicotra), Otto Sitterly, (Driver Champion, who also was voted Mechanic of the Year, Crew of the Year, Nicotra Racing #7. Jackets were passed out to the aforementioned.

Dan Soule presented the Jim Soule Award, named after his dad, winner plaque to John Nicotra as last part of the ceremonies.

Several other awards, including the traditional Jack Murphy (winner Howie Lane) and Jim Shampine (winner Dennis Heppell) plaques, Delores Murphy Woman of the Year (Sue Heppell) and the 2021 ISMA Rookie of the Year and Up & Comer which which both go to Ryan Locke, will be presented when arrangements can be made.

Fans are welcome to view the activities in several ways: