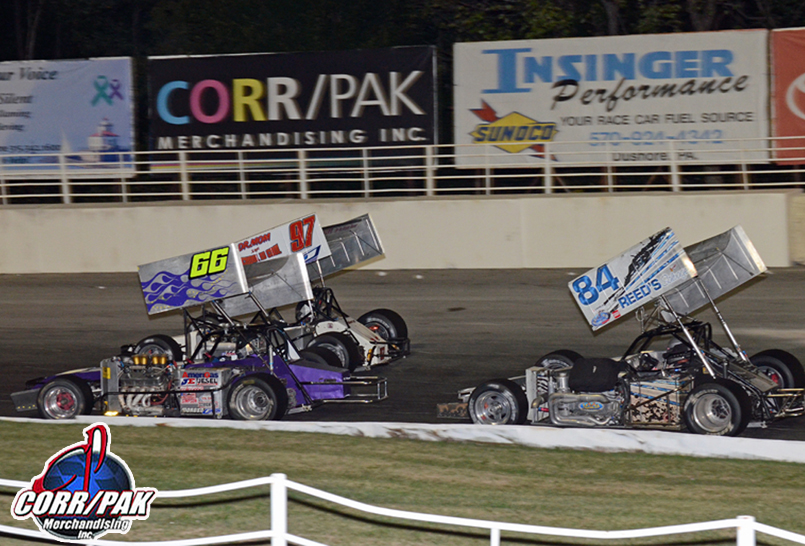 OSWEGO, NY – A longtime supporter of Supermodified racing, Corr/Pak Merchandising, will continue its partnership with the International Supermodified Association for the 2019 season

Based in Richmond Hill, Ontario, Corr/Pak Merchandising Inc. is a designer and producer of Point of Purchase (POP) displays for retail. Their strong emphasis on creative design and speed of response have brought achievements of great success in a very competitive industry.

Corr/Pak’s in-house capabilities and broad range of trusted suppliers enables the company to develop effective solutions for retail display needs whether it might be corrugated box board, wood, plastic, wire, steel, or any combination.

“ISMA thanks John Brush and Corr/Pak for their support,” said president Doc Hathaway. “In January, John spent hours of his valuable time introducing me to Corr/Pak. I learned all about their products and everyone I met was extremely dedicated to the company and its owner.”

Companies all over the world including M&M’s, Crayola, and Lindt Chocolates rely on Corr/Pak’s expertise to display chocolates, crayons, or whatever the merchandise might be. Corr/Pak’s appealing designs are second to none.

“If I needed a POP display, Corr/Pak would be the first company I’d call,” Hathaway continued. “I have additionally committed to purchase from companies that sell merchandise using Corr/Pak. I hope you follow Corr/Pak and do you part to recognize all they do for our organization.”

To learn more about Corr/Pak Merchandising, please visit Corr/Pak online at www.CorrPak.ca. You can also reach a Corr/Pak representative by phone at (905)-780-0444.

ISMA’s first show of 2019, the Harvey Lennox Memorial, will take place at Delaware Speedway in Ontario on Saturday, June 15. A full schedule for the year is posted on the ISMA website.

About the International Supermodified Association: ISMA was founded in 1974 by multi-time Oswego Speedway champions Jim Shampine and Nolan Swift to ensure the future and longevity of Supermodified racing. Powered by their earth shaking 900 horsepower engines, the winged Supermodified is one of the fastest short track race cars in the world capable of reaching speeds up to 160mph. Through 45 seasons of operation, ISMA continues to be one of the most popular, well recognized touring series in short track racing. The organization has eleven events scheduled at nine different facilities this season that include stops in New York, New Hampshire, Ohio, Connecticut, and Ontario.