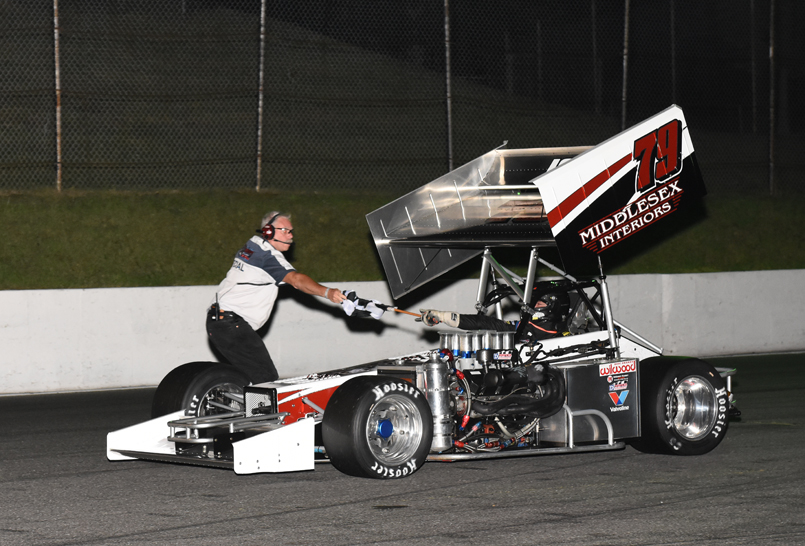 CLAREMONT, N.H. – The ISMA supermodifieds had never raced at Claremont Speedway prior to Friday night, but it was evident that the track would be a good one for the winged speedsters. Chris Perley sat on the outside of row one for the feature and immediately claimed the lead with Dan Bowes, Jon McKennedy, Ben Seitz and Otto Sitterly chasing the Rowley Rocket for the first third of the 75 lapper.

Not unexpectedly McKennedy, who has been the man to beat of late in the New England area, moved up swiftly to challenge Perley as he was behind the 11 by lap 22 and swooped by him a lap later.

The 79 of McKennedy stayed out front of Dan Bowes as Lee’s Ollie Silva Memorial winner Otto Sitterly was on the move to get behind Bowes while Lane Racing teammates Anthony Nocella and Ben Seitz completed the top five as the race headed for the halfway mark.

At that midway mark, McKennedy easily claimed the $500 halfway bonus sponsored by Middlesex Interiors. While the first yellow of the event came moments later as the 25 of Bowes had spun off the track but was able to restart.

With 34 to go, McKennedy now had Sitterly knocking on the door while Seitz, Nocella, Lilje, Ordway Jr., Ryan Locke, Bowes, Kenny White Jr and Dave Helliwell filled out the field still on the track.

The second yellow of the race came with 21 remaining, closing up the gap between McKennedy’s 79 and the 7 of Sitterly. Mike Ordway Jr., pulled the 61 into the pits here. An early bad crash had been repaired in time for the heats, but the 61 was done.

The double file restart put McKennedy and Sitterly side by side at the green with Sitterly pressuring the 79 as the race was nearing the end. But Sitterly couldn’t quite stick with the 79 who began to pull away. Ben Seitz, Anthony Nocella, Moe Lilje, Dan Bowes, Ryan Locke, the 07 of Dave Heliwell and 77 Kenny White Jr., were still racing behind.

The third and final yellow came when the Locke 37 was off the pace on the backstretch slowing the action for the final time. 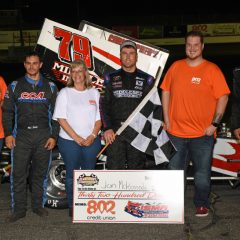 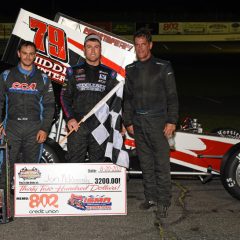 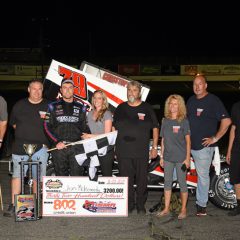 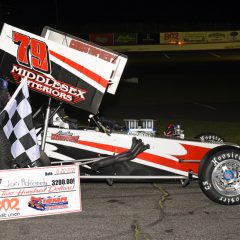 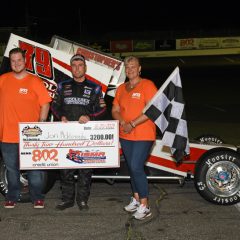 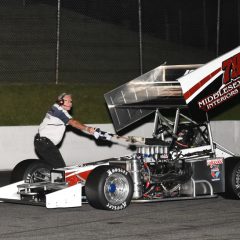 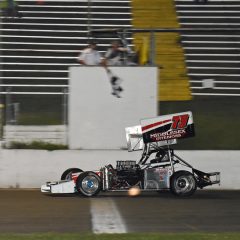 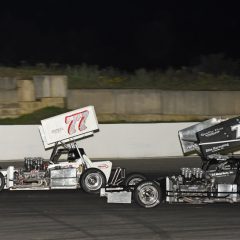 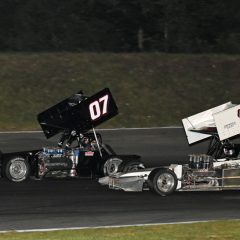 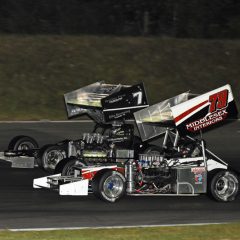 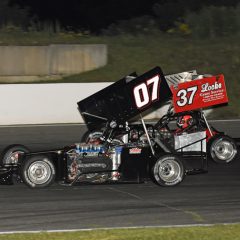 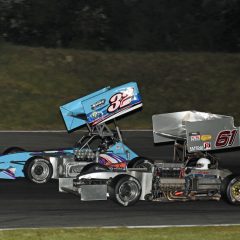 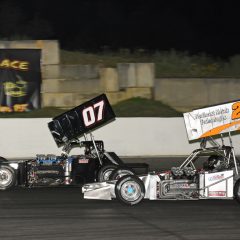 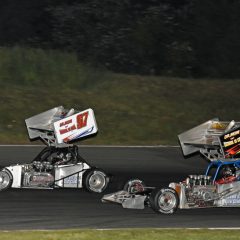 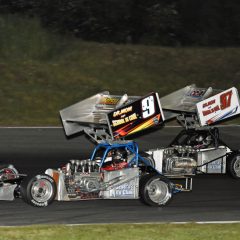 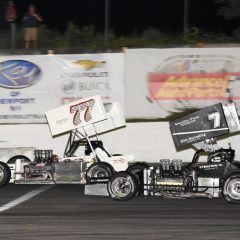 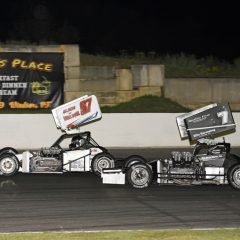 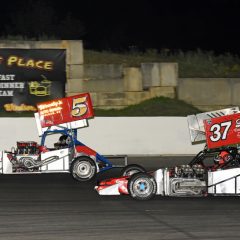 Another double file restart found the 79 and 7 side by side one more time producing some exciting, near the wall, action in the remaining 5 laps. McKennedy had his third win of the ISMA season in the books with Sitterly settling for second. Ben Seitz had a 3rd place podium finish in the Lane 97.

McKennedy, who had run in another division at Claremont, indicated in victory lane that the super was fun at the 1/3 mile. He said he had won a race in 2009 which taught him how to run the track with the super. He felt comfortable with the run, thanking his sponsors Middlesex Interiors and Wilwood brakes in addition to his hard working crew.

Sitterly, when asked about his run indicated the car was too tight. His closeness to the wall in the last laps were just to scare Jon he said, laughingly.

Third place finisher Ben Seitz who also had run at Claremont in another division said the super was fun and the track had a lot more grip than he thought. His 97 was just a little off and the 79 and 7 were really good out there. Ben also thanked his car owner Howie Lane, sponsors Doctor Mom and Cape Cod Aggregates and the crew.