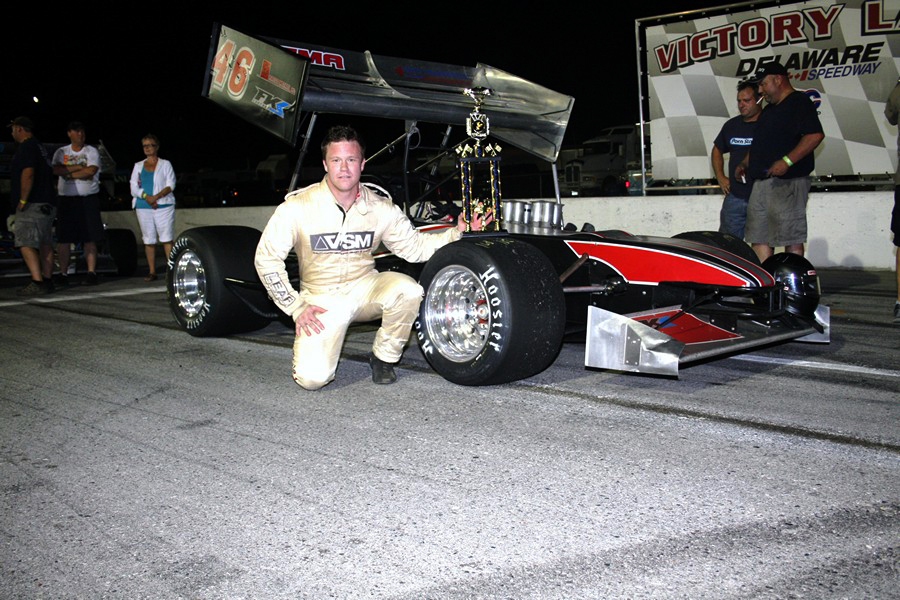 A large audience attended the race to see the winged cars tear up the track and they were not disappointed. On the fourth lap, the plastic screen covering the Coca-Cola scoreboard was shaken onto the race track by the power of the engines resulting in a caution.

On the seventh lap there were a trio of cautions, before the remainder of the race ran caution free.  The win is the first for Coniam in ISMA Supermodified competition.

“This is a really big to win in Canada, to win an ISMA show,” said Coniam in victory lane. “The race car is solid, a good car and good engine can make a driver look awful good.”

Notes… Mike Ordway pulled in lap 7 out for the night with mechanicals….Dave McKnight crashed the 70 earlier in the day and did not make feature. They are trying to fix the car for Saturday…Tim Ice has flat tire bringing out the caution, pits, returns, finishes 11th…Duggan and Rayvals bring out one of multiple yellows on lap 7…Sondi Eden, Crawfordsville, IN,  drove Lehnert 92 at Delaware Friday. Gillingham 5 should be her ride Saturday and Rich Reid should be in the 92.