EPPING, N.H. — Jeff Abold won the 57th Annual Bob Webber Sr. Classic 125 for a second time on Saturday night. He took the lead from Dan Bowes with an inside pass in traffic on lap 60, and then he held off Bowes’ attempts to take the lead back at a track that is one of the Baldwinsville, New York driver’s favorites. Otto Sitterly finished fourth, good enough to be crowned 2022 ISMA Champion by two points over Mike Ordway Jr.

“In traffic it looked like Dan got a little bit loose coming out of turn two and I was able to get a wheel under him,” Abold said of the winning pass. “We had a couple of laps battling. He is fun to race with. He’s fast. I think that was probably the best run he has had here.”

Abold has a history of podium finishes at Star, so it was no surprise when he qualified second fastest, and then drove from a fifth starting position to the race lead. He also was a Classic winner in 2019, but was forced to sit out the race last season due to motor problems in the Oswego Classic two weeks prior. He finished second to Jon McKennedy in 2020.

“This track goes a long ways back for me- back to my USAC Ford Focus and NEMA Midget days,” he noted. “I’ve got a lot of laps around here. I have to say though, winning in a Supermodified in the Star Classic are my favorite laps around this place. Every time we get to come out here we have a blast. We just love it. We have it marked on our calendar every year. We just love this place.”

Once out front, Abold still had to contend with Bowes, who was able to stay outside of the race leader for some laps before settling into a second place finish that he would hold to the end of the race. The Byfield, Mass., driver had the best Classic run of his career, and although he was thankful for the result, he wanted better.

“Awesome run for us, but I’m kicking myself right now,” he stated in victory lane. “That last restart I was running with Abold on the outside. I didn’t like being up there, but I could hang out there. I said I’ve got to let him go, and then he comes back to me. That might have been the race.

“Still an awesome run for us considering the year we’ve had. We’ve never really had a good run here. Couldn’t get it adjusted right for the feature. I’ve got to thank my dad. He kills himself to give me this race car- the best of everything. Congratulations to Jeff. He is so good on the longer runs.”

The race stayed green throughout the second half, preventing Bowes from another opportunity to get alongside Abold on a restart. Over the final laps, the fastest car may have been third place finishing Ben Seitz in the Vic Miller owned 11 car. He closed to Bowes’ rear bumper as the race ended, making a bid to the outside.

“We knew the second half was going to be good, but we’re happy to finish third,” Seitz admitted. “This car, when I’ve raced it, is getting better towards the end of the races. I was just kind of patient in the beginning. Towards the end it was coming to me. It took a little longer than we wanted it to, but the car was really good.”

The event had a couple of early race incidents, the first of which coming on lap seven when Moe Lilje got together with Dave Duggan causing the Soule 32 to exit the race under green with a collapsed front suspension on lap seven. Bobby Timmons and Tyler Thompson got together in turn two on lap 15, with Thompson heading outside for the night, and Eric Lewis also involved and pulling out of the race 10 laps later.

A brief red flag stoppage occurred with 34 laps complete, as Russ Wood Sr., spun to a stop after a broken rear panhard bar caused a flat tire and a small fire at the rear of his John Colloca owned car. He had been running in fourth position. Anthony Nocella exited the track under green after 47 laps, while Mark Sammut did the same with 10 laps to go.

The race within the race was between Mike Ordway Jr., and Otto Sitterly for the championship. Sitterly set a new track record pole lap at 10.747 seconds and he led the early laps of the Classic before Bowes passed him on lap 34, and Abold did the same one lap later.

Sitterly settled into fourth place, with Ordway struggling in seventh with a broken right rear shock. One position either way would have changed the result, but Sitterly becomes the 2022 ISMA Champion by two points.

“It’s pretty neat,” Sitterly said of his track record time before the race. “We were really close two years ago and knew we were within a few hundred thousandths. I sort of predicted before we went out for time trials that we would get it. I hoped that we would run a 10.79 and we ran a 74, so we were really happy.

“In the race we just missed on our tire stagger substantially. I knew I just had to ride it out and see where the car fell at the end. We just weren’t that good. We had a very fast car early. The same thing happened two years ago here, but the total opposite. We got really loose. Today we were just extremely tight and burned the right front tire off in the first half.

“I feel bad for Mike. I’ve lost a championship twice before in the last race of the season- late in the feature. One year it was three points we lost by, so it was a pain. I’m not sure when our next race will be. We’ll figure something out. We’re done for this year.”

New England racer Bobby Chartier rounded out the top-five finishers in his first ISMA appearance of the year. The event was run under near perfect weather conditions with a near capacity crowd looking onto the historic quarter-mile southern New Hampshire oval. 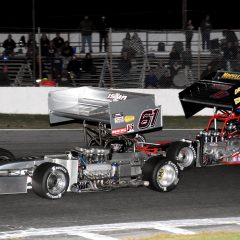 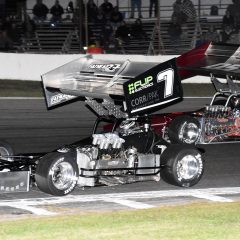 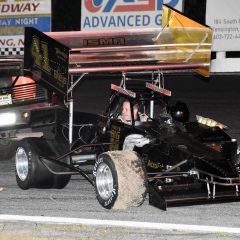 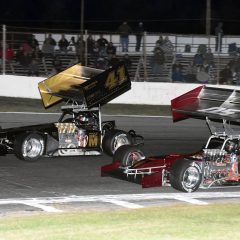 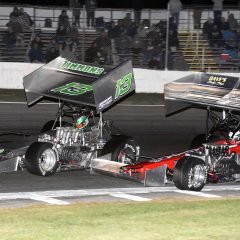 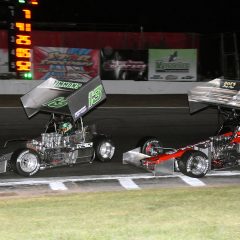 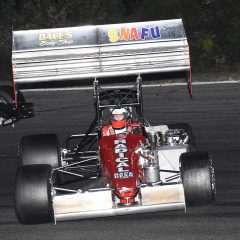 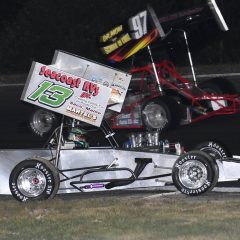 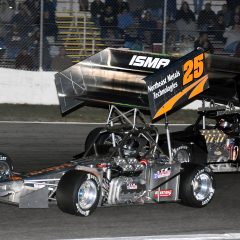 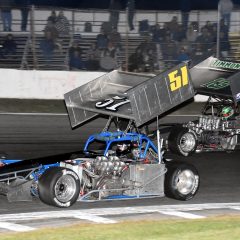 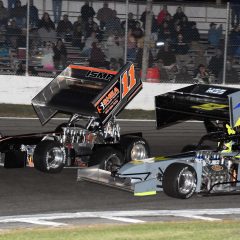 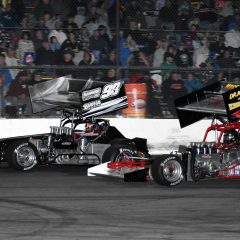 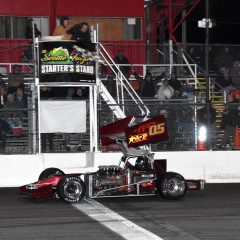 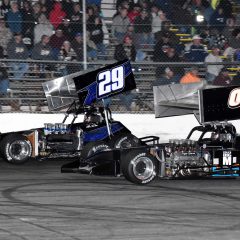 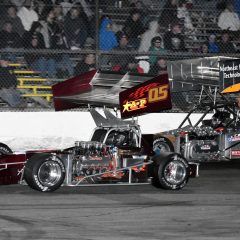 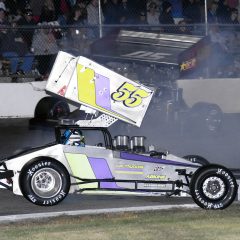 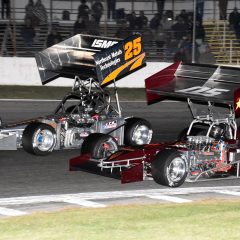 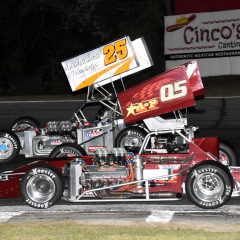 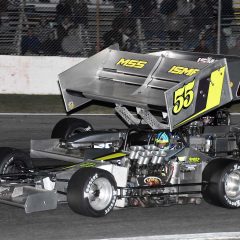 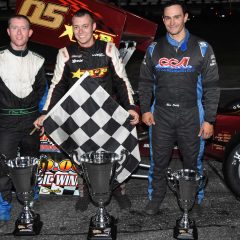 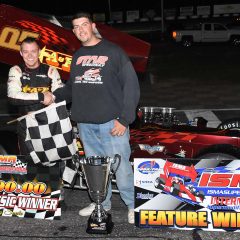 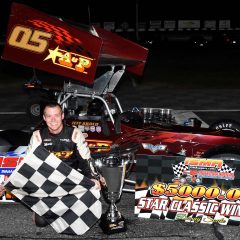 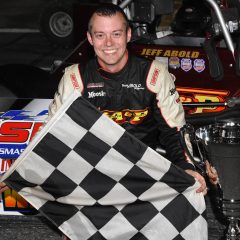